This apartment has a sea view, garden and garden

Nice ground floor apartment with garden and sea views located in the Pueblo de la Paz (Cumbre del Sol) with a total constructed area of 102 M2 (54 M2 of housing, 8 M2 of covered terrace, 36 M2 of garden and 4 M2 of commons).
The apartment consists of two bedrooms, a bathroom, covered terrace, garden, American kitchen equipped with appliances.
The apartment has beautiful views of the sea, the green areas and the natural park of La Granadella.
The apartment was built in 2001. The house is in good condition, with a southeast orientation and is sold furnished.

El Pueblo de la Paz is a property development located in the Fresnos residential area of the Cumbre del Sol urbanization in Benitachell (Alicante). Most of the properties are oriented to the south or southeast and in some of them we have views of the sea.
The common areas consist of a large lagoon pool, terraces, social club and garden.
El Pueblo de la Paz adjoins the Granadella Natural Park (Jávea) and the sports area with paddle tennis courts, tennis courts and a bar
Distances to services:
Less than 500 meters away is the Adelfas shopping center with the Pepe la sal supermarket, hairdresser, maintenance and rental service agency, cafeteria-bar, la cumbre restaurant and pharmacy.
From 1 to 2 km; the access to Morach beach and the cove of Los tiestos, Lady Elisabeth international school and horse riding.
From 4 to 6 km; Mercadona supermarket and Mas y Mas supermarket.
From 9 to 12Km; The arenal beach of Jávea, the Moraira beach and the Portet de Moraira beach.

*This information is subject to errors and is not part of any contract. The offer can be modified or withdrawn without prior notice. The price does not include the costs of the purchase.

This apartment has a mountain view 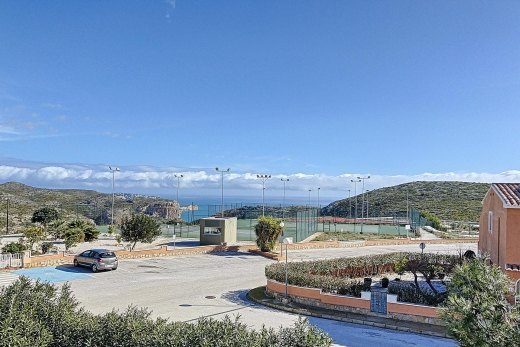 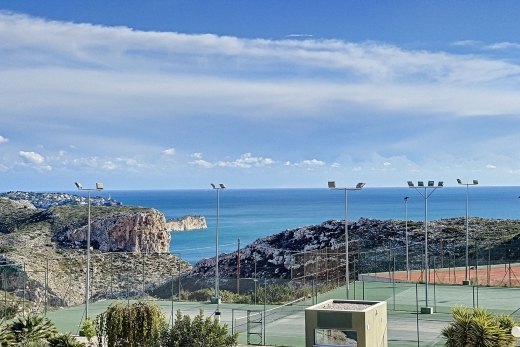 Apartment with sea views and solarium